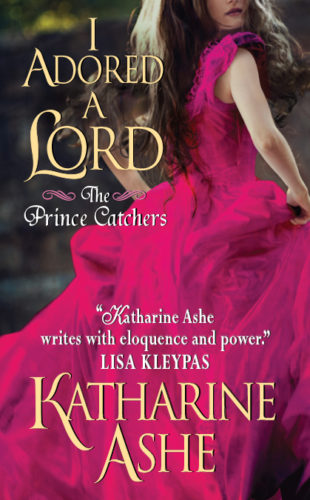 Book 2 in the Prince Catchers Series

She’s intended for his brother. He’s destined for adventure. Then a dangerous mystery throws them together, and all they want is each other.

All that clever, passionate Ravenna Caulfield wants is to stay far away from high society’s mean girls.

All that handsome, heroic Lord Vitor Courtenay wants is to dash from dangerous adventure to adventure.

Now, snowbound in a castle with a bevy of the ton’s scheming maidens all competing for a prince’s hand in marriage, Ravenna’s worst nightmare has come true. Now, playing babysitter to a spoiled prince and his potential brides, Vitor is champing at the bit to be gone.

When a stolen kiss in a stable leads to a corpse in a suit of armor, a canine kidnapping, and any number of scandalous liaisons, Ravenna and Vitor find themselves wrapped in a mystery they’re perfectly paired to solve. But as for the mystery of love, Vitor’s not about to let Ravenna escape until he’s gotten what he desires… 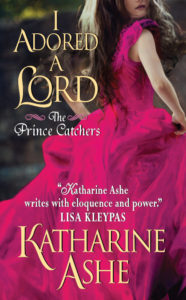 The moonlight was a winter moon’s, aloof and chill, and her breaths clouded upon the air. But wrapped in her heavy cloak, she barely felt the cold.

“On nights like this, Beast and I used to wander the park at Shelton Grange searching for hare. We could see everything as though it were day. Sometimes better.”

“He left me. I suppose somewhere up there”—she gestured to the heavens—“is a snowy park in which he hunts for hare in the moonlight.”

He did not respond. Then, sleepily: “If he was anything like the monster you deposited upon my pillow, he is probably tearing through pristine angels’ boots at this very moment. I can hear the cherubim and seraphim now groaning in chorus.”

Such pleasure warmed her chest, more than she had felt in months. But unlike the peaceful happiness she had known before, an undercurrent of longing swept through her, as though true joy were just on the other side of a door she daren’t open.

Her companion was quiet, his eyes closed, the movement of his chest regular as though he dozed.

“I am sorry Gonçalo has caused you to lose sleep,” she said.

Without opening his eyes he made a dismissive gesture with his hand. In repose his face was starkly handsome, and with a day’s whisker shadow seemed too rugged for either monk or nobleman. As she had wanted to touch his back earlier, now her fingers tingled with the desire to stroke the plane of his cheek and hard jaw, and to delve into his dark hair and know its silky texture. She wanted to feel him.

“Do you find something amiss with what you see?” he asked without opening his eyes. “Is this the reason for your long study?”

She laughed. “Are your eyelids transparent?”

“At war, a man learns to hone all his senses.”

“I am glad you honed them so that you returned home alive,” she said.

Her head was spinning and her heart beat hard. She had never had such a friend. And yet as she enjoyed his laughter and companionship, the longing swelled.

“Today,” she began, uncertain of her words, “after Monsieur Sepic announced his conclusions, I wondered if …” What was she saying? “I want to find the murderer, of course. The actual murderer. But … I am afraid of this ending.” She whispered, “Please don’t let it end.”

He turned to her and the lamplight cut across his sober face and shadowed his eyes. He leaned down and slid his hand around her cheek and into her hair. A caress soft as a prayer passed along her jaw, then beneath her lips. It made her shiver with pleasure and fear.

“I thought you were asleep,” she whispered. “Before. When I was staring at you.”

“How, do you imagine, could I sleep when you are near?” His voice was low.

Butterflies danced in her stomach. “Do you intend to kiss me now?”

“You made me promise to never again kiss you in a stable.”

She stared at his lips. “I now relieve you of that promise.” 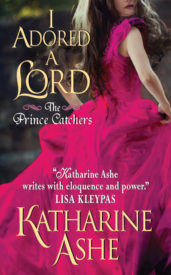 is Book 2 in the Prince Catchers Series

Part romance and part mystery in the vein of the British country house mysteries of the golden age of that genre when authors such as Agatha Christie, Dorothy B. Sayers, Georgette Heyer, and Margery Allingham were turning out classic tales. … Ashe’s novel is a worthy successor… The banter sparkles.

The fun of Ashe’s latest installment in her ‘Prince Catchers’ series is how openly she flirts with the hoariest and most shopworn clichés in the book and then just laughingly rises above them… bubbling with energy and humor.

Readers are in for a riotous good time in this Regency-set game of Clue… Ravenna and Vitor’s banter sparkles with wit and flirtation… The secondary characters are magnetic… A strong plot and exceptional dialogue will appeal to mystery fans as well as romance readers.

A year-end favorite. This series is EXCELLENT.

— The Eater of Books

Filled with lively conversation, quirky mysteries, and a supporting cast that fleshes out the love story in smart, satisfying ways. Sparkling and witty, with tender romance and sizzling sensuality.