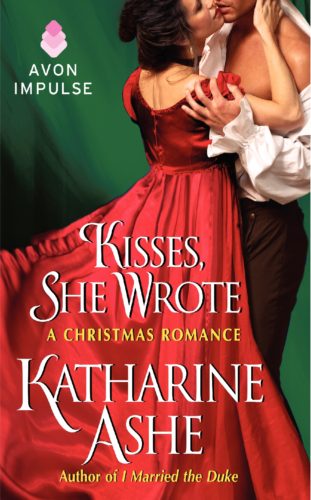 Book 1.5 in the Prince Catchers Series

When a rakish lord discovers he is the hero of a wallflower’s torrid diary, he rewrites it to suit his desires… with the most unexpected consequences.

Handsome as sin and scandalously rakish, Cam Westfall, the Earl of Bedwyr is every young lady’s wickedest dream. Shy wallflower Princess Jacqueline of Sensaire knows this better than anyone, because her dreams are full of the breathtaking earl’s kisses. And not only her dreams—her diary too. But when Cam discovers the maiden’s not-so-maidenly diary, will her wildest wishes be fulfilled in its pages… or in his arms?

STARRED REVIEW: "Typical of Ashe, these characters are smoldering."

Late one night as I was putting the finishing touches on I Married the Duke to turn it in the following day, I was thinking about the duke's cousin, rascally rakish Camlann Westfall, the Earl of Bedwyr, and the awful crime he had perpetrated on his cousin, Luc, not to mention the teasing he doled out to Luc's beloved, Arabella. And I couldn't stop thinking about him. I had two more books to write in the series: the stories of Arabella's sisters, and a prince to find too. I didn't have time to be thinking about Cam. Yet as I stared at the screen he wouldn't leave my mind alone.

You see, the problem was, I liked him.  A lot.  Despite the duel he instigated with Luc.  Despite the untruths he allowed Arabella to believe.  Rather -- God forgive me! -- because of them.

Because he'd done it all in love.  Honest to goodness love for his cousin.

So, half asleep there at the computer in the middle of the night I mumbled, "Can a rake ever really be reformed?"

As if that weren't enough to startle my dog out of sleep, I added a little louder, "Can a bad boy actually be... good?"

That night I barely slept.  My head rested on the pillow but my thoughts were dancing around that castle in France, then in London too.  A love story was growing, taking shape, a romance that would answer my questions and another one, as well, I hoped: "Can the magic of Christmas truly mend a broken heart?"

I wrote Cam's book.  And I got my answers -- better answers than I ever imagined.  The best answer: people aren't always what they seem to be on the outside.

I'm usually an organized person, a planner, with To Do lists and that sort of thing.  But I've come to accept that there's always a good reason a character won't leave me alone.  And I'm so grateful the magic works that way. 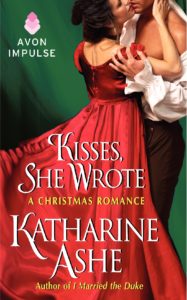 “At least you won’t be at a significant disadvantage when you wed,” the princess said thoughtfully.

“There is . . .” Her voice trailed off. She looked out the window and tilted her head. Her stance was relaxed. This conversation did not, apparently, agitate her as it did him.

“The thing is, I have never kissed a man,” she said and looked over her shoulder at him. “Will my husband be disappointed to discover that I have no knowledge of kissing?”

Cam’s throat had gone entirely dry. If she had no actual knowledge of kissing, she certainly had excellent intuition.

“I cannot very well ask my brother. How horridly embarrassing that should be.” She scowled but her eyes twinkled.

“You might ask your ladies in waiting, or the Duchess of Lycombe.”

“How would they know the answer? They are women.”

She turned to him fully. “You and I are friends, so I trust you will answer me honestly. I know you have considerable experience kissing women.”

His cravat had shrunk again. “Do you?”

She lifted a single, eloquent brow. She was far too intelligent for him, and far too forthright, and he was far too accustomed to consorting with females of much less acute minds and much baser characters. She was not now flirting with him but making a statement of fact.

He nodded in silent admission.

“I should think that your husband would be delighted to teach you the finer points of kissing.” And learn a thing or two in the process.

“I suppose you may be correct about that. Men like to instruct women. I think it makes them feel more in control.”

He could not hide his amusement. “You don’t say?”

“Good of you to notice.”

“Do you like it when you feel in control of a woman?”

“I like it when a woman feels she is getting what she wants from me.”

Her fine, expressive eyes widened. Then, slowly, she turned to the pianoforte and began rearranging the music on the stand. Cam studied the clean sweep of her back to her gently curved hips and the straight set of her shoulders. She was not petite, not enticingly round, not anything he had ever desired in a woman. But merely looking at her back and knowing what she imagined of him — of them together — made his heartbeats hard.

“I should like to give it a try before I marry,” she said without turning around. Her voice was pitched a bit low. “Kissing, that is.” She glanced at him. Her cheeks were ever so slightly pink.

“Should you?” He suspected where this was going. He’d been the object of countless women’s flirtations. But never this woman. She confined her attentions to him safely in her diary.

This was a different woman before him now.

“Yes,” she said. “I think it would be a useful experience to take into marriage. Don’t you?” She turned her hungry gaze upon him… 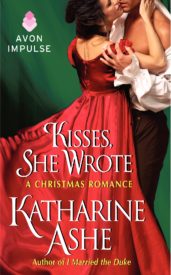 is Book 1.5 in the Prince Catchers Series

— USA Today "Happily Ever After"

Different, delightful, and deeply romantic. Few novellas strike me as complete and polished as this one is.

Finished it with tears in my eyes. Yes, it was that good.

I’m adding this to my list of favorite novellas… I highly recommend it.

A story that proves why we read romance. A must read!

"Typical of Ashe, these characters are smoldering, drawn to each other as love and lust lead them on a precarious path to passion."