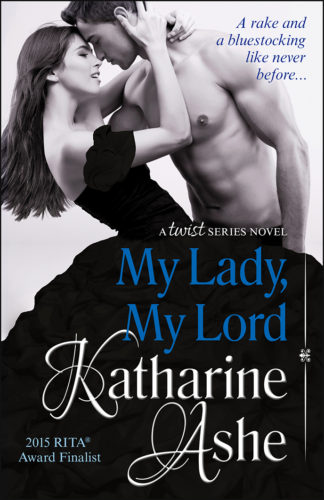 Book 3 in the Twist Series

Neighbors for years, they’ve been at each other’s throats since they can remember. But when a twist of fate forces them to trade lives, how long will it be before they discover they cannot live without each other? 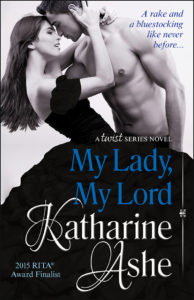 “Pelley is in there.”

Corinna halted her flight and looked over her shoulder. Ian stood in partial shadow, his long legs and handsome face slanted with torchlight.

He folded his arms over his chest. “I thought that might stop you.”

“Are you telling the truth?”

She bit her lower lip. “I didn’t consider the possibility of his presence here.”

He frowned, his gaze slipping along her bodice to her hips. “Apparently.”

“Don’t look at me with such disapproval,” she snapped. “Your doxies wear much less than this.” How on earth had she gotten herself into this? What had she been thinking? He was right: this was not she. She was trying to be something she wasn’t and making a fool of herself. And now Lord Pelley would see her in this scandalous gown and any last hope she might still have of convincing him she was the serious woman to whom he should sell his publishing company would be lost.

“I don’t disapprove,” Ian said. “Quite the contrary. I’m merely curious as to your motive.”

The words that were so easy to practice alone in her dressing chamber now clogged her throat. His eyes sharpened. For a moment that seemed like forever, neither of them spoke.

He strode forward and grasped her arm. Raindrops pattered on the shoulders of his dark coat and her lashes.

She resisted. “What if I don’t want you to?” 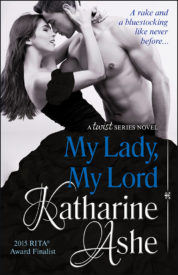 is Book 3 in the Twist Series

Freaky Friday meets the Regency era in England in this breathlessly romantic and original historical… This is one of the most charming, clever, intelligent, and entertaining romances I have read this year.

I couldn't put this book down.

This book was gorgeous… I enjoyed every word.

— Sarah @ History, Books and Other Things